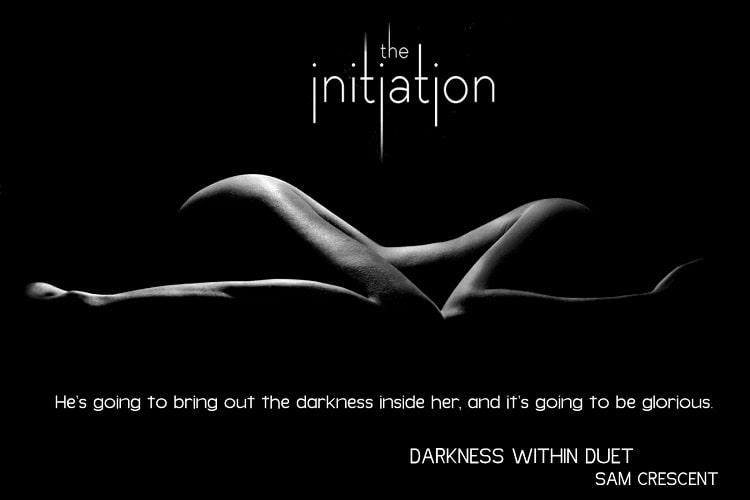 The Initiation (Darkness Within Duet 1)

Harper Miller doesn’t want to handle what has happened to her over the past year. Her father left, her mother killed herself, and she still has to be the good girl, the one that doesn’t make waves, who is always nice. But one day, something changes.

No, it’s not something. It’s them.

Draven, Axel, Jett, and Buck. All of them are dangerous, scary, and most people avoid them at all costs. She knows they’re bad news, but Draven’s not willing to take no for an answer, not from her.

For Draven, he and his friends had this idea of finding the one girl that would complete their circle. One girl for all of them. Harper is that one girl, but first she has to go through their initiation to become one of them, to be able to bear their names, and to stand proudly.

All they ask is she remain loyal to them and them alone. No squealing to the cops. No backing down. And above all else, no running away.

All she has to do is give herself, mind, heart, and body. She can keep her soul. It’s dark anyway, just like theirs. 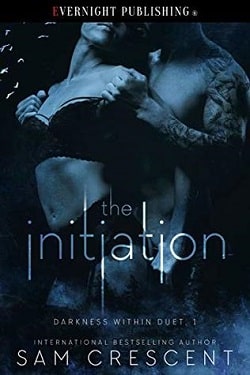 Read The Initiation (Darkness Within Duet 1)

Ten years ago, Harper ran so the men she cared about could live. There’s no chance of her ever going back to Stonewall—or of seeing Draven and her men again. They are gone, moved on, and she must do the same.

But they’ve not forgotten her betrayal. When Axel finds her, he’s determined to bring her back. When she left, she’d been their queen, the one to bind them together. Now, she is going to be torn apart, broken, and possibly killed.

One look in Draven’s eyes and she knows her future is no longer certain. She was born in Stonewall and will die there, at his hands. Before he strikes the killing blow, will she be able to convince him she didn’t want to leave?

Draven’s determined to rid his mind of this woman. She betrayed him, and the only way to deal with a traitor is to make an example of them. He will break her and make her regret every single minute she ran from him.

No one runs from him.

He owns her, and now it’s time for her to pay, once and for all. 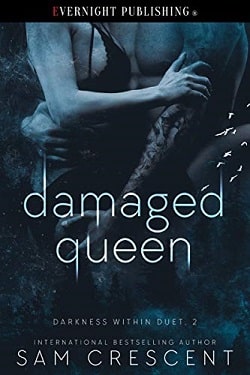