Mustering all her strength, she pulled the knife from her gut and buried it in Jagger’s.

He yelled, fell backward, and then suddenly, he was flying across the room.

She heard muffled grunts, bellows of rage, and the sound of fists on flesh. Her vision had dimmed to nearly nothing, so she couldn’t see, but when she heard the crack of bone, she knew someone had died.

“Lori.” Kynan’s strong hands rolled her from her side to her back. “Hold on. Please hold on.”

“You were in league with demons for the money?”

Demons? She shook her head. “Orders came from an Elder. We caught the demons. Left them at the zoo. Money was wired into our account.”

Kynan cursed. “It wasn’t the Elders giving the orders and paying you . . . it was demons. You were taking orders from f**king demons.”

Kynan pulled Lori into his arms as her life drained away. When he’d arrived at the house, led by the tracking signal he’d planted on Jagger at the zoo, he’d thought he hated Lori. Thought he could kill her. But when he saw her bleeding, on the verge of death, all he could think about was saving her.

As an Army medic, he’d seen it all, had breathed in the foul stench of lifeblood and bowels as he patched up guys he knew damned good and well weren’t going to make it for ten more minutes. As a Guardian, he’d sewn up wounds as horrific as any caused by IEDs. But nothing had prepared him for seeing his own wife holding in her guts with one shaking hand.

She went limp and her eyes glazed over and goddammit he wanted to cry like a f**king little girl. Instead, he set her gently on the floor. He didn’t spare a glance at Jagger’s crumpled body in the corner of the kitchen as he pulled a cell phone from his pocket. With a flick of his thumb, he popped it open.

He dropped the phone next to Lori and strode out of the house.

Working for Aegis demon-slayers while being a demon had, surprisingly, not caused Tayla many problems. Then again, no one but Kynan knew what she was, and she no longer hunted. Her job with the New York cell was to educate the Guardians, to teach them the difference between harmful demons and those who would rather not cause trouble.

Kynan had been wary of her and her motives, but he’d needed help to make sense of what Lori and Jagger had done, and the deeper he dug, the more he’d distanced himself from The Aegis.

He’d discovered the bank account where she and Jagger had been hiding the money earned from the demon captures, and he’d questioned Bleak, who’d confessed that Jagger had come to him and several others, wanting them to work on top secret missions that were handed down from the very top—from the Sigil. Those involved had truly believed that all orders came from The Aegis . . . including the order to kill Tayla.

Kynan’s mission—or rather, obsession, in Tay’s opinion—since then had been to hunt down those behind the organ-stealing operation, those who had corrupted Lori and taken her away from him. He’d had little success; with Aegis Guardians no longer capturing demons, traffic had slowed. No suspicious injuries or deaths had come through UG, either. The operation had been crippled, but neither Tayla nor Eidolon was naïve enough to believe that it had been shut down.

Then there was Wraith. He’d disappeared for two months following the incident at the zoo, and when he returned, he’d behaved as though nothing had happened. And none of them had been able to make headway on who might be impersonating him, or why.

He hadn’t stopped taking more than his monthly quota of humans, either, though Eidolon had begun asking the vampires for an accounting of the kills—always men, usually violent gangster types in all parts of the world. Apparently, Wraith liked a challenging hunt, and Tayla had been forced to watch Eidolon suffer three more times on the floor of his den. If one of Wraith’s enemies didn’t kill him, she might. Soon.

She hadn’t tried shifting into her new hybrid-Soulshredder form, not once in the three months since Eidolon and Shade performed the integration and had the protective bands tattooed on her wrists, ankles, and neck, but Wraith was just asking for a taste of Soulshredder torment.

One of these days she’d try the shift with Gem’s help, but for now she’d enjoy the benefits of enhanced strength, vision, and hearing that were even more pronounced than they’d been before the integration.

The benefits of the bond with Eidolon were even better. She could feel him in every cell, a comforting, warm presence. Every emotion, every sensation was magnified when they were together, and their arousal was always in sync. Sex had been amazing before the bond, but after . . .

Tayla heard the front door to Eidolon’s apartment open, and speaking of arousal . . . She darted from the kitchen to the hall. Eidolon had better have remembered to wear scrubs home as she’d asked.

She rounded the corner and squeaked with surprise. He’d worn them home, but he’d also brought Gem with him. His eyes flared wide at the sight of Tayla standing there in nothing but a hospital gown. “Uh . .

Gem’s face went as red as a Sora demon’s butt. “I’ll come back later. You two go ahead and play doctor.” She grimaced. “I so didn’t need this trauma.”

She slipped out, and Tayla laughed. She and Gem had grown close over the last three months, especially now that Gem had started work at UG to replace Yuri. Her sister seemed content enough with the job, but Tayla knew Gem mooned over Kynan, who remained cool to both of them.

Eidolon grinned. “I wondered why you wanted me to wear my scrubs home.”

Tayla put on her most serious expression. “Well, I didn’t want to come to the hospital, but I have something you need to see.”

Instantly, the smile fell from his face. “What is it?”

“I seem to have a new mark.” Turning, she let the gown fall open.

“My caduceus,” he whispered, trailing his finger lightly over the tattoo she’d had inked just above her tailbone. “You have a tattoo of my caduceus.”

She threw him a seductive look over her shoulder. “It’s still kind of sensitive, doctor . . . maybe you could kiss it and make it better?”

A wicked gleam sparked in his eye as he bent his head to her ear and whispered naughty, raw things in it until she was breathless and on fire.

“Why, doctor,” she murmured, “do you really want me to do those things to you?”

In a heartbeat, he swept her into his arms and strode down the hall. “Oh, yeah. Consider it partial payment on your hospital bill.”

“You know, that’s really one heck of a bill.”

“Yeah,” he said, nuzzling her throat. “It’ll take about six hundred years to pay off. You up for it?”

Oh, yes, she was. She was definitely up for it. And by the feel of things, so was he. 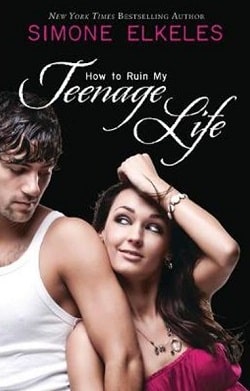 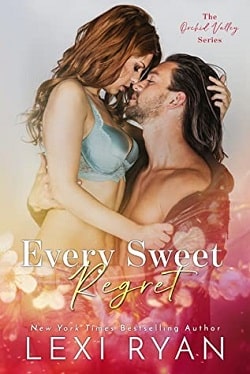 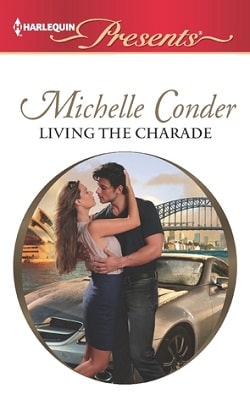 Living the Charade By Michelle Conder

Bred by the MC VP By Sam Crescent, Stacey Espino