She was forced to her knees on the hard dirt ground, so that her face was level with his cock. Just enough moonlight filtered through the canopy of leaves overhead so that she could see the head glistening with moisture. She licked her lips, both hands gripping the shaft. His fingers had a resolute grip on her hair, but even without them she wouldn’t have backed away. She wanted to taste him.

Slowly, she took him into her mouth, savoring every inch of him. Her knees ached as she sucked him, her senses hyper alert and picking up on every snatch of voice, of laughter, of footsteps, knowing that at any time someone could come down this way and they would be caught. Somehow that only made it more exciting. Greyson’s eyes, half lidded and gleaming in the dark, watched her. He was mostly silent, but she could tell by the tightening grip of his hands in her hair and his hips pushing his cock more urgently into her mouth that he was far from unaffected. If her mouth hadn’t been so full, she would’ve smiled with the power she felt over him, despite the fact that at the moment, he was very much in control.

She had no doubt in her mind as to what he meant. Still, she was momentarily caught off guard when he suddenly spewed his seed into her mouth, causing her to nearly choke on it. She swallowed it all, reveling the taste, the muffled groans, his trembling body. When it was done she released him, licking stray drops as she rose. Her knees would no doubt be filthy, perhaps even bruised from being pressed into the hard ground for so long. Certainly her panty hose would be ruined. And her hair was definitely a mess. But looking up into his satisfied gaze, she couldn’t bring herself to care about any of that.

They stared at each other for a long moment in the dark before he finally broke the silence. “I really do need to get you to a proper horizontal surface some time. Maybe even a bed.”

“I don’t think you keep those in the office,” she half-quipped, half-teased.

He arched a brow. “You have no idea of the things I keep in my office.”

A pleasant shiver went down her spine, and her still-aching pussy throbbed, reminding her that she was unsatisfied. Even so, she didn’t protest when he took her hand and lead her down the path. “I suppose I will be finding out very soon.”

He gave her that wolfish smile again. “Very soon indeed.”

Greyson dropped her off at her apartment, with the promise that he would call on her tomorrow. That night, for the first time in month, she had to reach into her drawer and pull out her sex toys. Even as she brought herself to shuddering release twice, she knew nothing she could do matched the orgasm Greyson had given her in his office at lunch that day. Her mind kept racing over the different possibilities of what he had in store for her tomorrow.

She didn’t get very much sleep that night.

Thursday was a remarkably slow day—so much, in fact, that she was practically falling asleep at her desk from a mixture of boredom and the lack of sleep from the night before. Her chin propped in her hand, she stared blearily at the computer screen as she glanced through the email box for what seemed like the hundredth time, making she hadn’t overlooked anything.

Greyson’s large, warm hands came to rest gently on her shoulders. She jumped, startled, then moaned softly as his strong fingers gently kneaded at the knots in her muscles.

“You look tired today,” he murmured in her ear, and between his lips grazing her earlobe and his hands on her shoulders her blood heated like a spreading wildfire.

“I didn’t get much sleep last night,” she confessed, no longer sleepy with him in such proximity.

“Thinking about me?” he teased with a kiss to her jawline.

“You could say that.” Thinking about rolling between the sheets of some big, sinfully comfortable bed as she took him into her body. Thinking about all the fantasies that had assailed her last night shortened her breath.

“Well I’m pretty sure I can give you something to… jump start… your system. Why don’t you come with me?”

He led her into his office and locked the door behind him. Crossing the room, he opened a panel in the wall across from his desk and pressed a button. Eva blinked in astonishment as a bed slid out of the wall, fully made with pillows and sheets and everything. The comforter was a bold red with gilt edges that made her think of Chinese Dragons, and the pillows were the same, with the color scheme inverted. As tired as she’d been sleep was not the thing that crossed her mind now when she looked at it.

“Let’s get more comfortable, shall we?” he asked, coming around so that he stood behind her. He pressed warm kisses to her shoulder as he unzipped the back of her dress and let it fall to pool at her feet. She shivered as his hands slid down the sides of her exposed flesh, coming to rest at her hips.

“You came prepared, did you?” he asked, squeezing her bare bottom. She wore nothing but a pink bra beneath her dress of the same color.

“I wanted to save time.”

“I appreciate the effort.” He unsnapped her bra with the efficiency of a man who had done it many times before, then pulled it off and allowed it to float down to join her dress.

“You have such beautiful breasts. They fit my hands perfectly.” His large, warm hands slid up her abdomen to cup her breasts as he spoke. She gasped as his fingers deftly found her hardened nipples and teased them further.

He stepped back, and she turned around to see him undressing. She sat down at the edge of the bed and removed her heels as she watched him strip away layers of clothing to reveal tanned, muscular flesh. Not a single scar marred the perfection of his body. His cock stood at full attention, and now that it was in the light she saw it was bigger than she had imagined. With a hard swallow, she wondered if it would fit inside her.

Her eyes widened. “Did I say that out loud?”

He laughed. “You didn’t have to. Your eyes speak volumes, Eva.” Fully naked now, he cupped her chin in his hand. “So expressive. So open.” His cock nudged at her lips.

She took him into her mouth again, and in the daylight she was able to see the muscles in his face tighten, his eyes dark with lust, his mouth half open as he moaned. Boldly, she snaked an arm around her waist and dug her fingers into one of his steely buns, drawing him forward as she pleasured him.

“Enough.” He pulled back, panting with the effort of holding himself in check. “I’m going to have you properly if it’s the last thing I do.”

Eva laughed and lay back on the bed with her elbows propping up her upper body so that her breasts were thrust high and proud into the air. “I’m not going anywhere.” She knew she likely made a seductive picture, posed the way she was. His eyes roamed over her like a physical caress.

He was on her then, his hands gliding over her naked flesh, his teeth nipping, his tongue tasting. His skin was deliciously hot against hers. She moaned as he bit her neck, then sucked the bit of flesh between his teeth. She would have a hickey in the morning.

Her hands came around his back, stroking his flexing muscles as she encouraged him. He teased her nipples mercilessly with his tongue, licking them the way a cat licked at a bowlful of cream, while his fingers worked magic between her legs.

“Delicious.” He licked the wetness from his fingers as he watched her with burning eyes. “I can’t wait any longer, Eva. I won’t.”

Wordlessly, she spread her legs for him. He settled between them, taking his cock in hand. He teased her folds by rubbing the head of his shaft against them, coating it in her wetness.

The ache in her was briefly assuaged, but it came back in full force, wanting more. She shifted her hips, pushing herself against him, urging him. He responded by pulling out nearly all the way, then gripping her pelvis and thrusting back into her. The pace quickened and she matched it easily with her own thrusting hips, urging him on, digging her fingers into his ass so she could push him into her even harder.

His dark hair, usually so perfectly styled, was in disarray, with locks coming free to hang across his forehead and into his face. It only made him look even more roguish, more devilishly handsome, than it did before. She smiled up at him, and he gave her a quick grin before sliding his hands underneath her and rolling them both, lightning quick, so that he was now the one on the bed and she the one on top.

“Go ahead,” he told her, squeezing her bottom with both hands. “Take the reins. I know you want to.” 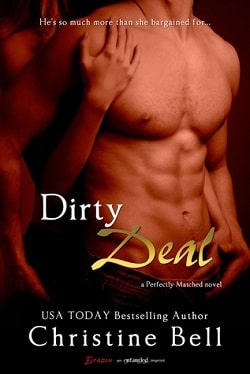 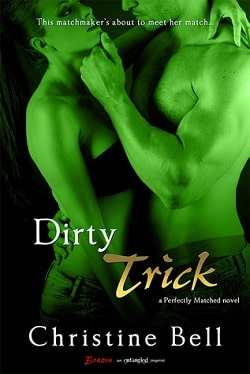 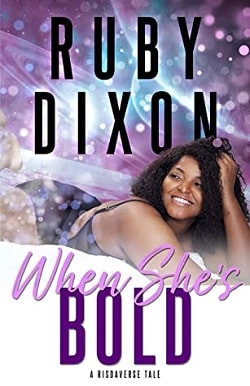 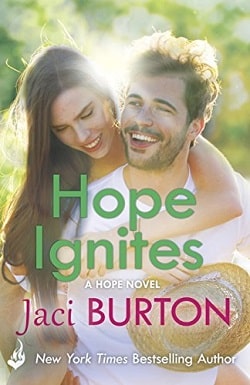 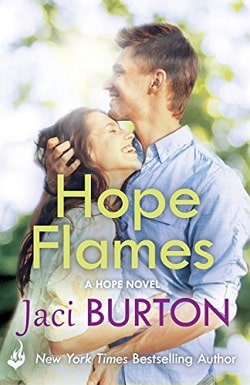 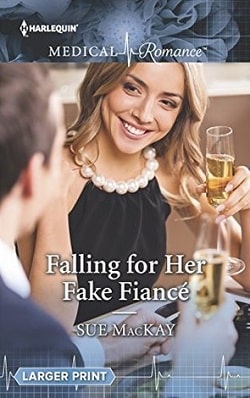 Falling for Her Fake Fianc? By Sue MacKay 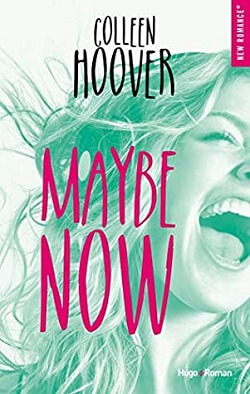 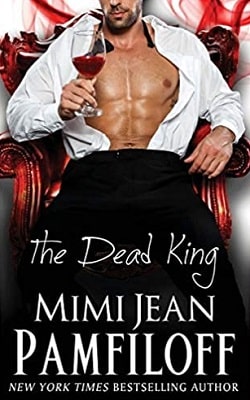