It’s super awkward for a minute. I haven’t been on a date in something like four years, and that was with Rodney, not Mateo Morelli.

“So, you do this often?” Mateo asks lightly.

“Wine and dine gangsters? Oh yeah, all the time. Half the gangsters on the Eastern Seaboard have me on their wishlists. I’m surprised you haven’t heard of me; I’m kind of a big deal.”

Laughing at the insult, I say, “What, because I don’t flaunt it you don’t believe I’m a big deal, Mr. Escalade? Maybe you’re just overcompensating.”

I nod, casually glancing out the window. “Maybe later.”

“I think you’ll be pleasantly surprised,” he informs me. “You’ll have to let me know how I rank—you know, amongst the other gangsters you entertain.”

“I’m working on a listicle for Buzzfeed, I’ll be sure and send you a link once it’s finished.”

Laughing lightly, he looks over at me and says, “I like you.”

“And they say you’re a hard man to please,” I say, with a teasing wink.

I imagine that question should’ve come before planning to fuck me, but I guess not. “Newly.”

Cracking a smile, I say, “No kidding. He didn’t enjoy my humor anyway.”

“I’m glad you dumped him then.”

I don’t know why I said that. As soon as the words are out, I recall who I’m talking to, and what Antonio said about him having been the one to issue the hit. Shit. That’s supposed to be my back-up story—if I get caught, I’m not allowed to drop Castellanos, I’m supposed to be an avenging widow. Here I am spilling half my cover a minute into the car ride.

I’m never going to be James Bond at this rate.

“Oof, that was dark,” I mutter on an uneasy laugh. “We don’t have to talk about that. What about you? A nice criminal like you, single? That’s crazy.”

“Well, you know what they say about me being a hard man to please,” he says, easily enough, but his eyes remain on me. “What happened to your boyfriend?”

“Shit happens,” I reply, looking out the window, trying to find a way out of this conversation. “What bar are we going to?”

“I don’t know.” Glancing at the man driving, he asks, “Adrian, we’re heading to a bar, right?”

Nodding, Mateo looks at me. “The one he drives us to.”

I crack a smile. “Fair enough. You don’t drive?”

“You must be a bad driver,” I decide.

Smiling as he watches me, he says, “That must be it.”

I’m starting to get a little uneasy as I watch out the door, thinking of the parts of my phone in my purse. What if they don’t take me to a bar? They could be taking me anywhere, and no one will ever know where I went. What will happen to Lily without me? My mother isn’t stable, so she’d probably end up with Rodney’s mother. God, I do not want that woman raising my child. I don’t even have anyone I would trust with Lily. All she has is me, and despite doing my best in life and trying to avert every crisis her father brought on us, here I am, in the back of Mateo Morelli’s Escalade.

Only then do I realize I’m shaking my head.

Glancing over at him, I ask, “You have kids?”

I don’t think I should tell him, but I’ll never see him again after tonight anyway, so I do. “Same.”

Surprise registers on his handsome face. “Really? With the dead boyfriend?”

My chest is starting to tighten with anxiety, and I’m the one who keeps bringing this shit up. Rubbing my chest a little absently, I glance over at him. “Sorry. I don’t want to talk about this.”

A few minutes later we really do pull up to a bar, much to my relief. Mateo comes around and opens the door for me, which is far more gentlemanly than I expected.

When he escorts me inside, under neon blue lights, I’m a little delighted to see it’s an upscale establishment with a live piano player and two gleaming bars, one on each side of the piano, with a little floor for dancing in front of it. I’m further delighted that the pianist is already playing Sinatra. I don’t know where we are, I’ve certainly never been here, but I want to live here.

“Wow,” I murmur, so pleased that I actually… frown. It’s like he knows me. Rodney knew me for five years, and on our last anniversary he brought me and Lily to Applebee’s. This place was made for me. All I need is one of the servers to bring me a fedora, and I’m all set. 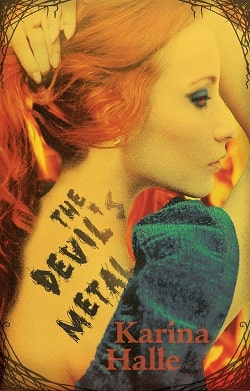 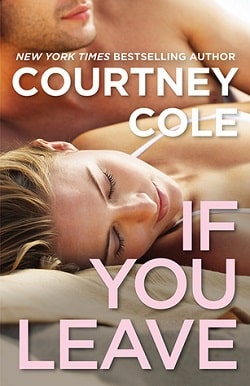 If You Leave (Beautifully Broken 2) By Courtney Cole

If You Stay (Beautifully Broken 1) By Courtney Cole

All or Nothing (Love by Design 3) By Kendall Ryan