“No. She has spoken within her dreams of Slaves to the Beasts and of a girl, Bethany.”

“You ever thought it might be her wish to have had a baby girl with you who she hoped to name Bethany?”

“Preacher, let’s say he was there. He didn’t go into the supermarket and disappear. Reaper’s not stupid. We keep treating him like he is, but he knows where all these cameras are. He knows everything there is to know about all of this. What if he and Robin had a daughter?”

“Two years is a long time.”

“Don’t you think I know that? I’ve lived those two fucking years every single day. I know how long it is. I know how useless each fucking lead has been, and Reaper, he’s not clever.”

“We haven’t caught him.”

“Because he has always been one step ahead of the game. Bishop. For two years, he fucking played me. The little prick. When I get my hands on him, I’ll kill him.”

“Has Reaper called you since?” Bear asked.

“Think about his message.”

Preacher didn’t want to think. “I thought you were on my side.”

“He said Robin may not have been running away from him. We’ve all been acting like Robin is the victim, but what if she isn’t? What if she really likes Reaper?”

“No. If she liked Reaper and wanted to be with him, she would only do it to make good out of a bad situation.” Preacher ran a hand down his face. He was wound so tightly right now, and he couldn’t think.

Robin was passed out upstairs.

Reaper was out there somewhere.

Bishop was as well.

Yet the key to finding both men was locked within a woman who didn’t know shit.

“When I find the both of them, I’m going to hurt them in ways they could never imagine.”

“I hope you’re right.” Bear stood. “What will you do if Robin is in love with Reaper?”

“Not going to happen.”

Preacher stared at his friend and Bear looked sad. “I hope you’re right, for your sake.”

The party was in full swing.

Robin had smiled where appropriate. Accepted hugs and kisses. She’d done the good-girl routine, and now she sat outside, enjoying the cold night air and sipping at a bottle of beer. Since her and Preacher’s disagreement at the supermarket, it had been tense between them. He hadn’t come to bed, and part of her hadn’t wanted him to. Things were a mess and she didn’t have a single clue as to how to fix them.

People kept looking at her, waiting for those precious memories to just fall from her, and like so many times before, she had failed. Failing was something she should be used to.

She drank her beer and took a second one. It was her birthday. She only got to turn twenty-one once, and she was going to celebrate it in style.

“I’ve got to say the beer thing is a new look for you,” Joanne said, approaching the bench where she sat.

“The beer, the hair, the makeup. The old Robin wouldn’t have dressed up. Not after what Milly did to her.” Joanne slapped a hand across her mouth. “I’m so sorry. I’m not supposed to talk to you about those kinds of things.”

“Are you even supposed to be talking to me at all?” Robin asked, feeling bitter.

“No, no, I didn’t mean … sorry. I sounded like a bitch then and it really wasn’t what I meant.” She’d reached out to stop Joanne from leaving.

She didn’t want Bear or Preacher to approach or one of the other men to ask her how she was feeling. “I’m used to people avoiding me, or looking out for Preacher and my dad, and you know, not really giving me the whole truth. I didn’t know if people had been ordered to stay away from me. I didn’t mean to upset you.”

“Wow, if I didn’t know any better, I’d say Robin is closer than you think.”

“Robin is a nice girl. She’s considerate and kind. It’s why she was the complete opposite of Bishop. Even when he was sleeping around. You didn’t care. You’ve always been a nice girl, Robin.”

“Robin. That name again.” She breathed in deeply. “Sorry, I’m struggling with a lot these days. I think I just want to forget everything.”

“Drinking does help, but I will warn you, the day after, not such a good idea. You will regret drinking so much.”

“No, we weren’t friends. We weren’t even close. Your mother didn’t like me but that could be because I was sleeping with your father whenever he was looking in my direction.”

Brighter Than the Sun (KGI 11) By Maya Banks

Alphas In Love - The Complete Series Books 1, 2 By Tory Baker

Resisting Her By Kendall Ryan

Her Not-So-Secret Diary By Anne Oliver 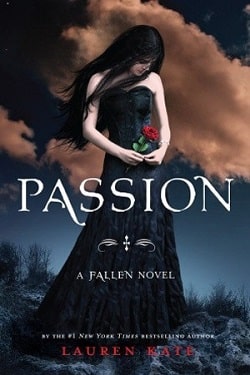