One of the soldiers seated by him tried to shush him. Raising my hand, I tilted my head at the pup. “Your name?”

His throat bobbed as he sat straighter, bony shoulders pulling back beneath dark curls. “Euwin.”

I sighed and pushed my chair back. “Well, neither do we.”

We adjourned until the morning, and I tried to escape the eyes I felt boring into the back of my head, the heat that encapsulated me with every step closer he gained.

I made it to the hallway that led to my rooms before he finally decided to act.

My waist was wrapped in his arm, and then I was against the freezing cold window, the sill digging into my rear as he loomed over me. “You dare to run from me?”

“Did you see me running?”

His lips tilted, fingers reaching out to tuck a tendril of hair behind my ear. I felt that touch like a feather drifting over every sensitive place. “I saw you hurrying.”

I raised a brow. “Why not just ask me to wait?”

“Because,” he said, his mouth moving over my cheek to skim above my jaw where the two jagged scars decorated it. “I rather like chasing you.”

My pulse began to skitter, my hands reaching for his hard chest.

He licked the puckered skin, and my knees quaked. “I miss having you in my bed.”

“I couldn’t stay forever,” I said, hating how soft the response was.

“Without a goodbye?” His mouth found mine, and I pushed at his chest.

He straightened, staring down at me with a crease between his brows. “Eventually.”

I moved around him and headed for my rooms. “Thank you for coming.”

“Audra.” A quiet yet firm demand.

He took five long strides and gripped my cheeks within his hands, searching my eyes.

“You still have not killed him.” His tone reeked of disbelief, his eyes shining with disappointment. “That is why they’re coming. For him.”

The smirk was back, only more cruel than I’d ever seen. “We both know you’re most certainly not a child. But…” He backed me into the doors, voice laced with velvet soft aggression. “What are you then? A queen still in love with the asshole who conspired to destroy her?”

“What I am is none of your concern.” I sent a wave of wind at the doors, stepping back and slamming them shut on his granite expression.

He banged on the wood. “You know that’s not true.”

Then he was gone, his footsteps fading down the hall.

With heavy limbs, I hauled myself from my bed, where I’d spent most of the night staring at the ceiling, wondering if Zad would let himself in.

He never did, and then I wondered where he was sleeping, for he surely planned to stay until we left.

Then I wondered if Raiden now had enough sense of self to access his magic. If he could summon enough to break out, get past the guards, and find his way to my rooms.

Then I wondered what would happen if he did.

Would he kill me once and for all? Or would he try to insist he loved me?

Either way, as I ate blueberry porridge alone in the dining room, I decided it was best to ignore him and the ever increasing problem he posed.

Zad too. I had bigger ones to worry over.

“Any word on their whereabouts?” I asked when Mintale entered, tugging at the lapels of his coat.

“It’s estimated they will cross the border before noon tomorrow.” He helped himself to some tea. I set my spoon in the bowl and pushed it away. “They don’t seem to be stopping more than once a day to sleep, and even then, it’s only for several hours at most.”

Truin bobbed her head at the door. “Good morning, my queen.”

I flicked a hand at the formality, and she smiled, crossing the room to take a seat beside me.

I sipped some tea as she rearranged her skirts and eyed the rows of now cold toast. “Have some.”

She didn’t need to be told twice and began slathering jam over two slices.

“If you’ll excuse me, Majesty. I’m needed in the guest hall,” Mintale said. “There was a skirmish with some staff this morning, and they broke your great-grandmother’s vase.”

My brows crinkled. “A skirmish?”

His lips wriggled as he tried to contain his smile. “Over catering to a certain male, I believe.”

My chest caved with my next breath, and Mintale left the room.

Truin laughed and patted my hand.

She took her hand back to make some tea. “You. For someone incredibly hard to read, you wear every emotion possible when it comes to those two males.” 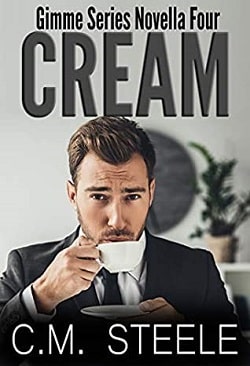