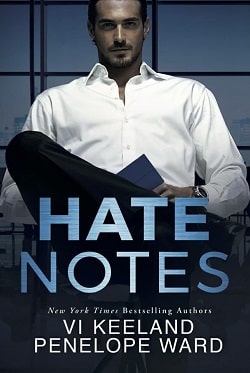 It all started with a mysterious blue note sewn into a wedding dress.

I’d gone to sell my own unworn bridal gown at a vintage clothing store. That’s when I found another bride’s “something old.”

Stitched into the lining of a fabulously feathered design was the loveliest message I’d ever read: Thank you for making all of my dreams come true.

The name embossed on the blue stationery: Reed Eastwood, obviously the most romantic man who ever lived. I also discovered he’s the most gorgeous. If only my true-love fantasies had stopped there. Because I’ve since found out something else about Mr. Starry-Eyed.

He’s arrogant, cynical, and demanding. I should know. Thanks to a twist of fate, he’s my new boss. But that’s not going to stop me from discovering the story behind his last love letter. A love letter that did not result in a happily ever after.

But that story is nothing compared to the one unfolding between us. It’s getting hotter, sweeter, and more surprising than anything I could have imagined.

But I have no idea how this one is going to end...