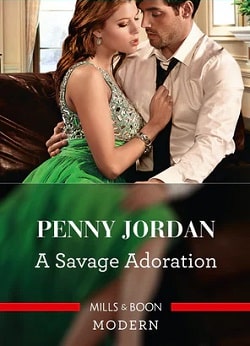 Dominic acted as if nothing had happened
As though Christy's adolescent advances had not aroused his anger and contempt. The humiliation of his words had haunted her since and stood between her and all other men.

Her career in London had come to a sudden stop because she had been unwilling to engage in an affair, so her ailing mother's need was reason enough to run home.

The last thing she wanted was to see Dominic Savage. She disliked and despised him. But in the end that proved poor protection against his desires and her own needs.