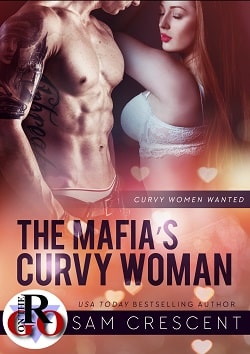 Marco Guidi has his sights set on curvy Petal Marshall. He’s wanted her for a long time, and now he is going to have her, as a “gift” from her family.

Petal knows exactly who Marco is and what he does for a living. He’s dangerous, but that doesn’t stop her wanting him. Her attraction to him scares her, but the moment Marco touches her, she can’t bring herself to deny him. She craves his touch and any dirty thing he can do to her.

For Marco, he’s not used to having a weakness. Wanting Petal comes with risks. She’s not safe in his world, but he will do everything to protect her.

Being with Marco comes with a price. Petal doesn’t know how long he’ll want her. Is she just for his amusement and will he move onto the next woman, or does he want her forever?

Marco’s happiness is in her hands. Will she give him what he wants, or leave him wanting more?