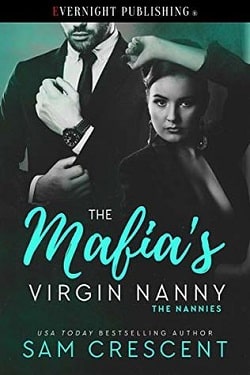 Alonzo Zanetti has wanted Tessa for a long time. Ever since he took her in after her parents were killed, he’s been taking care of her, protecting her. When his sister gives birth, he sees his chance. She will become his sister’s kid’s nanny. This gives him the perfect opportunity to get close to her … to make her fall for him.

Tessa is used to being overlooked. She knows what pain feels like, and even though she’s never been exposed to the underworld her father was part of, she’s not immune to it either. When Alonzo demands she spends more time with him, it terrifies her. He’s her boss, the head of the Zanetti family, and one of the most feared men in her world—and he always makes her pussy ache and her pulse race.

When Tessa makes a huge mistake, it’s up to Alonzo to protect her, to keep her safe. Will he be able to keep her from the wrath and death of his world, or will she run when she gets the chance?