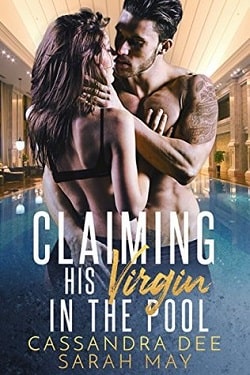 Claiming His Virgin In the Pool

Claiming His Virgin In the Pool

I needed money so I took a job as a pool girl at an exclusive all-male club.

Kelsey’s down on her luck so she goes for a job interview at a ritzy country club. She thinks her responsibilities are going to include picking up towels and serving drinks to bored billionaires with too much time and money on their hands. But when the gorgeous Trent Lewis wants more, the sweet virgin’s taken for a wild ride.

Hey Readers – We’re back at the Billionaires Club for some filthy debauchery. As usual, the story’s off the charts crazy and taboo, so keep a drink close by to cool down! You’ll love it, we promise :) Bonus books included. xoxo Cassie and Sarah