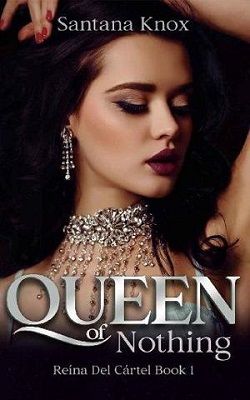 What if … love destined betrayal? What’s a Queen without an empire?

My name is Cecilia Flóres, daughter and heir to The Cártel throne. That is, until my uncle steals my birthright. Now, as my past catches up to me, I’ve run out of places to hide; and the only person who can help me wants me dead. Twelve years ago I broke his heart and stole his future.

Enter Ronan Zerkos—they call him Berserk now; he’s an ex-navy Seal turned gang leader. I fell in love with him when we were young; but the boy who held my heart now leads The Black Crow Brotherhood. With two others -Santo Álvarez and Mateo Kane, the trio runs the most violent and powerful gang in the city. The cold monster he has become is just a biproduct of my betrayal, but now I need their help to reclaim my throne.
They’ll put me through hell to test me, but a Queen is forged in fire- and I was made to be unbreakable.