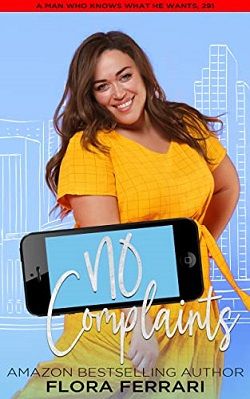 I work as an online chat advisor for a cable company.

It’s boring, technical stuff. But at least I work from home, which lets me practice my singing.

When Ryland Ross appears in my chatbox one day. My sister, Autumn, recognizes his name. So we look him up.

And I fall, fall hard.

He’s tall, silver-haired, handsome, and so hot I could melt.

But that’s not all.

I start having these crazy thoughts about a family, a future, and even the L-word.

Am I going completely freaking insane?

Then he starts flirting with me through the chat system, at least that’s what Autumn thinks.

But he’s forty-two years old, an experienced ex-boxer with millions in his bank account. He probably has women throwing themselves at him all the time.

I’m twenty-one, curvy, and the definition of inexperienced – a virgin who gets nervous even talking about sex.

When he asks to meet, I’m not sure what to say. Of course, I want to, but won’t he be disappointed when he sees me in person?

Then, suddenly, the chat disappears. I don’t have his phone number. I don’t know where he lives.

Will I ever speak to him again?