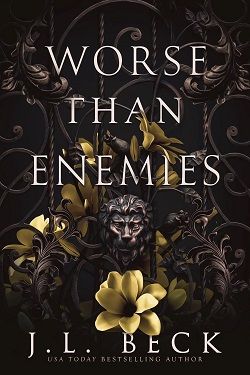 The first time we met, it was an accident.

The second was the night my mother told me she was marrying his father.

I didn’t know his name then, but I do now.

Captain of the swim team.

Popular, gorgeous, the guy every girl wants, with a smile that's hiding a million secrets.

In the beginning I was certain we would become fast friends, until the day I heard a conversation that I was never supposed to hear.

Overnight he became my worst nightmare, my bully.

Until the truth is revealed and I realize it’s far more terrifying than I ever expected.