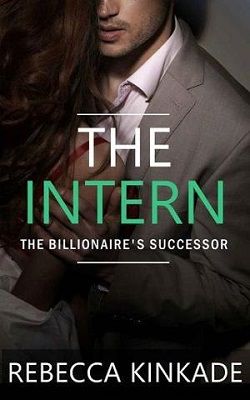 The Intern: The Billionaire's Successor

The Intern: The Billionaire's Successor

Eight years ago, he bought her. One night, ten thousand dollars, and a steamy encounter that neither Davis Ridgeway nor Olivia Nolan would ever forget. But when their taboo night ends in betrayal, Davis and Olivia assume that they’ll never see each other again. So, imagine their surprise when Olivia walks into Davis’s office on the first day of her summer internship.

In just eight years, Davis—the son of one of the company’s billionaire founders—has transformed from a sweet college student into a respected VP (with a body that would have made Leonardo da Vinci himself abandon the Mona Lisa). Olivia—once a quick-witted, unbothered seductress—is now a driven business school student, paired up with Davis on a high-profile acquisition.

But acquisitions aren’t the only thing on Davis’s mind. Still hurting from Olivia’s betrayal after all these years, Davis concocts a plan: He’ll pay Olivia ten thousand dollars a week for every week of her summer internship. Her end of the bargain? She gives Davis full access to her body. All. Summer. Long.

Olivia thinks that this arrangement couldn’t be better. But little does she realize, Davis isn’t going to make this easy. He wants revenge. He’s going to push Olivia’s limits by saying every humiliating, filthy thing that comes to mind. But Davis makes a critical mistake: He underestimates Olivia. And for every humiliating thing he says, she has a scorching response ready for him. Let the games begin.