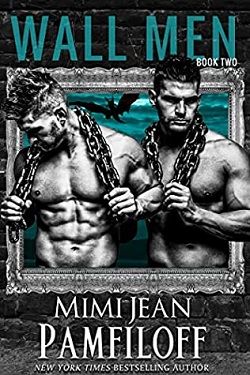 MARRYING A GIANT IS ONLY THE FIRST OF HER MISTAKES…

Here’s a terrifying fact: monsters live in a world only a step away from ours. And they love eating people. I’d know because I was taken prisoner by one, the Blood King. Vampires. Blech! Steer clear of those.

Luckily for us, getting here isn’t so easy. They’d have to cross a bridge that’s protected by a wall built by my ancestors and guarded by the Wall Men.

Unlucky is that the wall is under attack, and the king of the Wall Men wants my help. By marrying him.

Did I mention he’s a fifty-foot-tall warlord? And that the marriage must be—gulp—consummated?

To save both our worlds, I must say “I do” in a forever vow with a major string attached. Except my giant husband kept the biggest string hidden from me, and now it’s too late to escape.