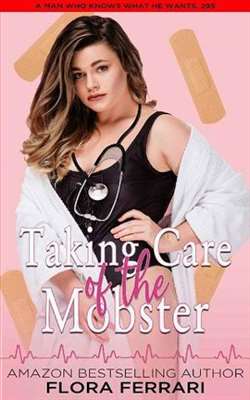 Taking Care Of The Mobster

Taking Care Of The Mobster

I had signed a binding contract before I knew who my patient was.

Now I had to take care of the infamous mobster, Carlos Rodriguez, whom the world thinks is dead.

And that’s not even the worst of it...I have to live in the same house with him for three months.

It seems like the end of the world, but I can’t take back my decision.

I begin my duties in Carlos’s home, hoping just to survive three months and get my paycheck, but life has many surprises in store for us both.

Contrary to popular opinion, Carlos is a gentleman – and a very handsome one at that. I slowly start to get comfortable in his space.

In taking care of the mobster, I fell in love with him.

But I’m just a girl with too many curves and insecurities – nothing compared to the type of woman he flaunts in public.