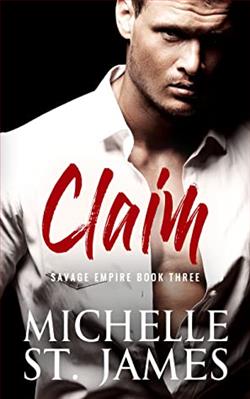 Their arrangement was meant to be purely business. Then he fell in love and Kira betrayed him, as he should have known she would. But calling her the enemy was easier when she was far away. Now that she’s back — in his home, in his bed — keeping her out of his heart is another matter entirely.

Kira Baranov married the man they call the Lion for one reason: to gain power of her own.

Her ambition cost his father her life. Falling in love with Lyon Antonov only made her more ashamed. Living in the lap of luxury with a controlling and breathtakingly gorgeous bratva boss wasn’t nearly enough to assuage her guilt — but that was before she found out she was pregnant with the Lion’s baby.

Now she doesn’t know who he is: cold-blooded monster or the one person left she can trust.

As they circle each other warily, powerful enemies are revealed, including a significant one from Lyon’s past. But as the turf war escalates, the one question neither can seem to answer is whether they can truly trust each other — or whether they’re sleeping with the one person most capable of bringing about their ruin.