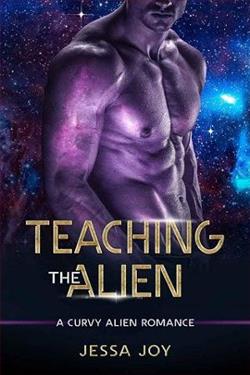 So, when I wake up with what I think is a really bad hangover, I dismiss the massive purple alien warrior standing in front of me as a hallucination. Except he's very real, very big and unbelievably bossy. He has three days to be able to pass as human in order to escape a death sentence.

And apparently I'm the only one who can teach him...