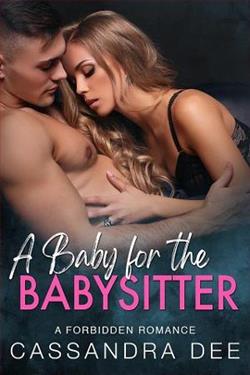 A Baby for the Babysitter

A Baby for the Babysitter

Marcy: I have multiple jobs which include babysitting and moonlighting as a hostess for a gentlemen’s club called Sanctum. Guess which one is filled with naughty filth? Yes, you’d be right. There are things that happen at Sanctum that I can *never* put on my resume, but I love it anyways. One day at a special play party, I meet a man who’s so gorgeous that my thighs squeeze tight with deliciousness. He’s got broad shoulders, sculpted abs, and a certain something that makes me whine with ecstasy. We set off fireworks so hot that I’m surprised the club doesn’t catch fire and burn down. But everything that happens at Sanctum stays hush hush, right? Unfortunately, it’s not that easy. I’ve also got a new babysitting client who needs help with his little daughter. But when the front door opens, I gasp with shock because it’s HIM! The huge, gorgeous billionaire that I entertained just last night! OMG, our paths aren’t supposed to cross in real life! Even worse, Jared thinks that I have to do whatever he wants because he’s technically bought and paid for my time. But what the billionaire doesn’t realize is that actions have consequences – and he’s getting a baby before this night is over! Hey Readers – We’re back at Sanctum for some spicy fun! This book is a sequel to Taken By The Beast, but this time we’re following Marcy, Bridget’s saucy friend who also likes her fun embedded in pure filth. It’s a special trick called belly-dancing *wink wink* which can only be done in the confines of the club. Don’t get me wrong because the Sanctum girls have hearts of gold, it’s just that they also have curvy bodies made for sin, and they’re not afraid to use them!