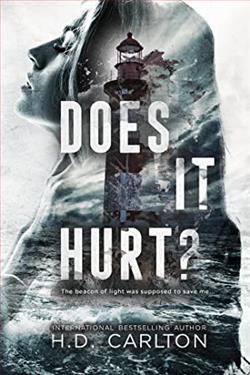 I've forgotten the answer to that question long ago. Ever since I ran from that house, so desperate to escape, I left with only the clothes on my back and socks on my feet. After that day, I've only ever walked in stolen shoes.

Could I be a girl who is searching for the meaning of life in faceless men? They were all so forgettable. Until he came along. He took me under a waterfall and made me forget my name, and in return, I took his instead.

An enigmatic man that will only ever love the deep sea. Or rather the predators that inhabit it. Turns out, he's not so different than the monsters he feeds. He lured me onto his boat like a fish in the ocean, seeking vengeance for my crime. Had I realized his intentions, and that a massive storm would leave us shipwrecked, I would've run.

Now, I'm a girl who's seeking refuge in a decrepit lighthouse with a man who loathes me almost as much as he craves me. He wants to hurt me, but the old caretaker of the abandoned island may have intentions far more sinister.

It's no longer a question of who I am, but rather, will I survive?