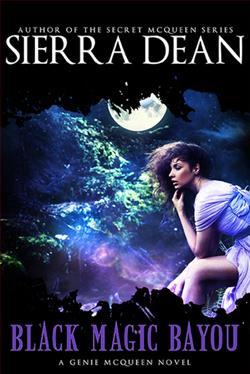 She grew up apart from her pack, trying to hone her dangerous magical gifts, while her twin brother Ben stayed home to be groomed for a leadership role. But after proving her mettle to her uncle Callum, the King of the South, she’s suddenly found herself the alpha of New Orleans.

As she tries to adapt to her new, powerful position—and a blossoming relationship with the werewolf outcast, Wilder Shaw—Genie is confronted with something that only the witch part of her can fix.

It seems the sorority sisters at Delta Phi have been going missing, but leaving everything they own behind. Those remaining in the house have reported strange happenings since the girls have gone missing. With no bodies, and no clues, Genie’s ex Cash turns to her for help on behalf of his new girlfriend.

Can Genie unravel the mystery of the vanished girls, maintain order in the New Orleans pack, and keep herself alive long enough for a night out with Wilder?

Genie’s about to find out what’s scarier—a haunted house or going on your first date ever in your twenties.