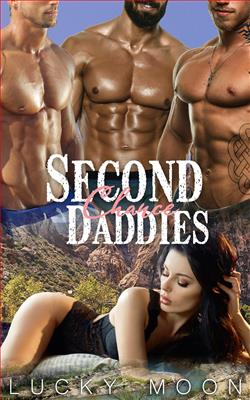 Will she finally get her three Daddy bears? Or is there too much history?

They were all so young back then. So not ready to share. Tammy knew she shouldn’t, but she had favorites. There was the one she liked. The one who liked her. And the one — by the end — whose guts she hated.

When Tammy arrives in Liberty - a growing sanctuary for Littles and Bigs - she’s ready to move forward. She’s lost so much, and she needs to look to the future. But when she runs into three infuriatingly hot Irish brothers who are running the pub in the town, the past comes back to haunt her. Big style.

What are they doing here? The guys who messed up her love life forever? There’s Conor — the sporty one, and his identical twin, Finn — the clever one. And then there’s Shay. The moodiest, most unpredictable guy she ever met. Ugh, Shay. The guy who ruined everything back when they were eighteen.

But when Tammy is forced to stay in Liberty, she can’t keep away from the three brothers. Gradually, secrets and truths are uncovered between the four of them, and unexpectedly s*xy opportunities arise. Turns out, the squabbling brothers aren’t boys anymore. They’re Daddies now. Grizzly, overprotective, and looking for a Goldilocks to share. Can they learn from their past mistakes, or are they doomed to fail again?