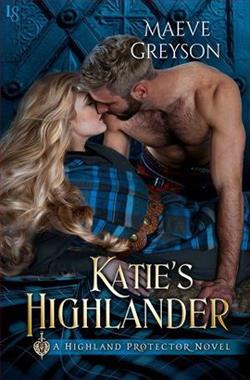 An archaeologist with a zest for life finds herself stranded in small-town North Carolina—with a brooding Highland hunk who’s straight out of ancient Scotland.

Ramsay MacDara wishes the goddesses had left his arse back in the tenth century. That way he never would have met the gold digger who made a fool out of him. A loner at heart, Ramsay is riding his beloved horse through the woods near his family’s North Carolina theme park, Highland Life and Legends, when he hears tires squealing—followed by a thud—and rushes to the scene to help. That’s when he sets his eyes on a pair of long legs sticking out of the moon roof of a car. His interest piqued, the rest of her will soon arouse his greatest desires . . . and deepest fears.

Archaeologist Katie Jenson is on a six-month sabbatical from her job at Princeton University. Following the death of her beloved father—whose dying request was for Katie to live life to the fullest—she’s headed to a friend’s beach house in North Carolina. But a momentary distraction takes her off the road and on the journey of her life . . . with a sex god in a kilt at her side. Ramsay’s passion is the stuff of legend—and it just may be Katie’s greatest discovery.