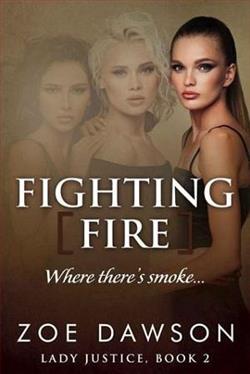 Firefighter Lana Dempsey has always shied away from moving out of the friend zone with Sean O’Neill, a crush she’s had as long as she’s known him. But when her friends dare her to take the plunge with Sean, she finds the courage to start a blaze with him that burns hotter than she could have imagined. As their affair heats up, Lana has to deal with what it is she really wants in life, both for her job and with Sean. They were best friends, but could they be anything more?

Sean has resisted Lana, knowing that once he crossed the line, everything would change. He hated being in the friend zone when he wanted more with Lana, but he followed her lead and kept everything platonic, until the night she ambushed him and their whole world exploded. He didn’t want a relationship based on sex and friendship, he wanted more. He would fight for her, even if it meant, in the end he would have nothing but heartache.