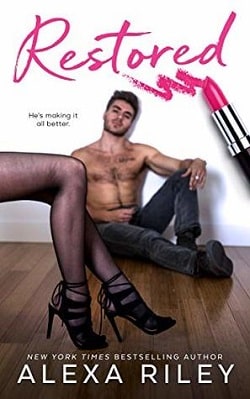 Gemma has been through some hard times lately but she’s holding her head up and trying to move forward. After losing her dad and their beloved classic car, it’s been tough finding her feet. One thing that’s always been constant is her dad’s right-hand man Bronx. He was loyal to their family, and her dad treated him like a son. But since Gemma confessed her feelings for him when she was sixteen years old, he’s kept her at arms reach. Could it have been because she was too young, or did he only see her as his mentor's daughter?

Bronx wouldn’t be the man - or success - he is today if it wasn’t for Gemma’s father. He tried to give her time and space to heal after he died, but a man in love can only be stopped for so long. The only problem is that Gemma’s suddenly got in her head to test him at every turn and now he’s chasing her all over town. He just hopes she’s ready to be caught because that’s exactly what’s going to happen.

Warning: Can one man bring our heroine back and restore her heart? Well, we did name the book that…so outlook is good! This is sexy-sweet with a sprinkle of angst and one heaping spoon of happily ever after!