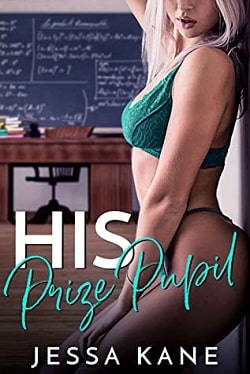 Alana is desperate to pay her college tuition and she only has one thing to sell—her innocence. The man who buys her for the night has very specific tastes. Tastes that excite her as much as they confuse her—and she never expected to want to fulfill them so badly. One night beneath a rough, possessive stranger named Gavin is not enough, but they’re torn apart before finding out one another’s true identities. That problem is solved a week later when Alana is sitting in the front row of her first college class and in walks her professor—none other than Gavin.

Their passion brings them roaring back together, but Gavin is being considered for a board of directors position at the university. Dating a student would kill his chances and Alana refuses to cost him the seat. Little does she know Gavin has found something much more important. Her. And he’s never giving her up.