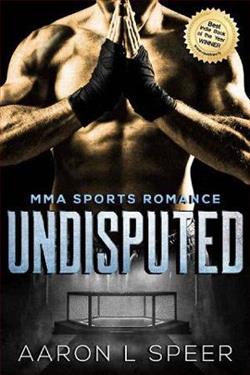 The steamy, adrenaline fueled, romance that will melt your kindles, before sending them to the mat!

Overworked barista Tegan Holland doesn't know Owen Gasnier exists. Not until ten minutes before her best friend and 'Team Gasnier' fanatic Fiona drags her to the biggest cage fight the city has ever seen. The undefeated cage fighter with a following the world over, had landed in town.

By the time he heads back to his training camp in LA, she'll never forget him. Their scintillating time together could make her knees quake at the memory. He doesn't have time for anything more than a one night stand and they both agreed. But that one night becomes two, then three.

For Owen, the hits just keep coming. The journey of a fighter is lonely one. Trash talking opponents, sensationalist media, and someone's out to ruin him for good. He can't put Tegan in the middle of it, and yet he can't shake the feeling of her touch out of his head. Was it selfish to want her by his side and in his bed while he challenged for the most prestigious prize in the sport? The one time opportunity was there for the taking. Or would he have to choose what his heart really wanted, the girl or the gold?

Soon though, none of it will matter. Life has other plans for both of them, and NOTHING hits harder than life.