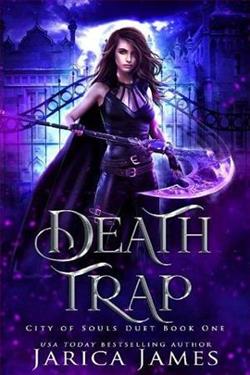 What started as the best night of my life, quickly turned into the last.

Death was only the beginning. Luz’s world is flipped upside down when she discovers that she’s a Reaper. But not everything in her new life is going to be easy. She soon learns that the afterlife is in chaos, souls and reapers are disappearing, and she is the only one capable of stopping it.

The question is, how?

When she unexpectedly finds herself in the demon realm she is forced to fight for her life. Unfortunately, their leader decided she is to be his queen and will stop at nothing to have her.

Luz barely escapes with her life and the souls she was seeking. Now they have answers, but at the cost of an all out war.

Thankfully she has three sexy Master Reapers willing to fight alongside her. They have to work as a team to infiltrate the demon realm once again and find the reapers and souls they’ve taken hostage.

Will they be able to overtake the demons and save the missing souls, or will the afterlife as they know it fall at the hands of the enemy?