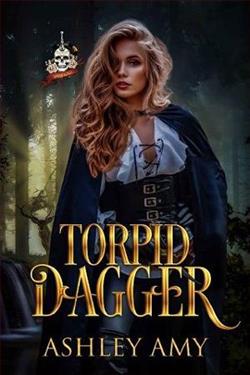 Best Indoor Herb Garden Kits for Home Growing by Anyone

Beautifully Colored Lakes Around the World

25 Inspirational Books to Change Your Life

True love’s kiss.
A revered fantasy for those foolish enough to believe in it. A kiss woke me from my endless slumber, but it wasn’t with the warmth of my love’s succulent lips. Nor was the heat of his body next to mine, forever lost in death.
Distinguished as the princess known as the rosette among the thorns, I was named Briar Rose. Though, it would appear no one knew of me or my family’s nobility anymore.
Time had frozen in place for me, leaving all that I once knew to the peril of age. Awakening a century after my coming of age era, I found four gallant knights from Faerie in my quarters, each from a different court.
With their home under siege by the same monstrosity who took my family’s kingdom, the goddess Áine prophesied I’d be their only saving grace. Standing as the only survivor from the witch’s feral rage, they believed Áine’s words that I might be their messiah.
With a special dagger set in my grasp, it radiated the need for my retribution, shadowing my soul for the urgent thirst of it. It yielded the power to paralyze my victims, placing them in a dormancy like I had suffered.
My hunger for vengeance set my whole body ablaze. A princess no longer lost in a whimsical fairytale; it was time to claim victory of my own story. I was about to slay the malicious dragon myself, freeing those who suffered too.