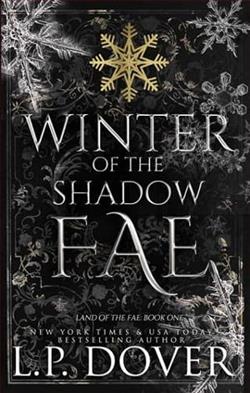 Winter of the Shadow Fae

Winter of the Shadow Fae

Twenty-five years have passed since the darkness was defeated in the Land of the Fae. Since then, the realm has flourished under four courts.

However, nothing is as it seems. An evil lurks close by, known as… the Shadow Fae. Years ago a plan was set in motion to keep the darkness alive. But there is one who’s destined to defeat it.

Ella, the future queen of the Frost Court, has trained to embrace her destiny and save her people.

When Kai, the Shadow Fae leader, crosses paths with Ella, he knows it’s his time to strike. Yet things take a shocking turn when he begins to long for the one woman he’s supposed to kill. While passion ignites between the enemies, there is no escaping their fates. Ella is meant to save her people, and Kai has no choice but to end them. A decision must be made… and it could cost them everything.