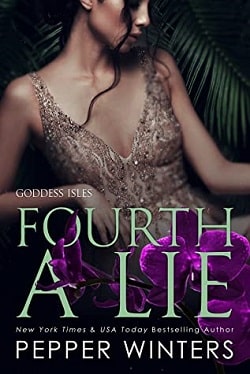 “There was a truth once. Truth we shared in the dark and scribed scars upon our hearts.
There was a lie once. A lie that shattered our hard-earned truth apart.”

Eleanor Grace did the unbelievable. She fell for a man who trades in women, dabbles in myth, and has the morals of a cold-hearted beast. However, love isn’t enough where past sins are concerned and only pain can follow.
Sully Sinclair did the impossible. He gave his trust to a goddess who has the ultimate power to break him. Unfortunately, paradise is just an illusion, his islands aren’t impenetrable, and now he has to pay the price.
A fledgling connection.
A war they can’t stop.
A future that doesn’t bow to fate.