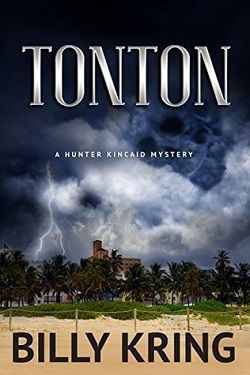 Hunter Kincaid's South Florida vacation is cut short when she and friends John Quick and Randall Ishtee barely avoid being rammed by a rusty freighter filled with undocumented Haitians. Hunter sees the ship's Captain leave the vessel and she gives chase. He stops before getting in a car and looks at her. His eyes are like bullet holes.
She is assigned on detail to Florida to investigate. Things quickly go wrong when the first witness dies in front of Hunter, and Haitians say it is a voudou curse put on her by a terrible Bokor, a sorcerer. The trail Hunter follows grows more eerie as other mutilated bodies are found, murdered in voudou rituals. John and Randall join in the investigation when more disturbing evidence is found. And something else is whispered in Little Haiti: the disbanded Haitian police, the dreaded Tonton Macoute, are secretly in Florida, and they are involved.
As a looming hurricane approaches, Hunter, John, and Randall become enmeshed in a series of violent events that batter them like the powerful winds now coming ashore. The trio soon find themselves fighting for survival in a world of storms, black magic, and the darkest places in the human heart.