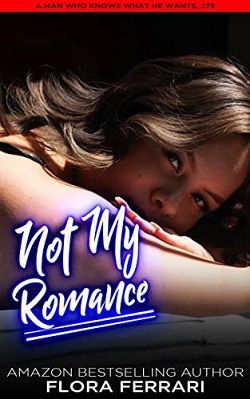 Kayden Kater is a forty-three years old billionaire who could have any woman he wants.

I’m just a nineteen year old runner on the production of CEOs in Love, an introvert he wouldn’t notice in a million years. Even if he knew I existed, he’d never want me.

But when he joins the show after a PR scandal, hoping to show the public a new side of him, it’s hard to hide how jealous I am. The contestants are beautiful, glamorous, and nothing like me.

Kayden has his choice of five women, and none of them are me.

My whole world is tipped upside down when, one night, he claims me off-camera.

“I don’t want anyone else. You belong to me now. You are mine.”

His possessive husky voice leaves no room for argument.

But what are we going to do about the show?

Kayden’s business is relying on it going well. I need to pay my rent. This is supposed to be my first step into the television industry, so I can pursue my dream of becoming a director.

If we mess this up, it’s bad for both of us.

But we can’t resist each other.

With so much uncertainty, I only know one thing for sure.