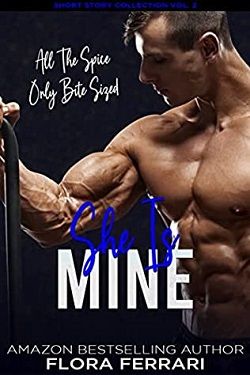 Firing Up My Heart

After surviving the fire that burned down my apartment, I never expected my knight in shining armor to be the love of my life. But now that I’ve run through the flames with Wayne, I know that this life-changing experience was meant to be.

She’s not just one of the many people I’ve rescued during my time as a firefighter. She’s everything...and she’s the only woman who has ever set my heart on fire.

I’ve loved him my whole life...and now I’m in the City of Angels, wondering whether my chance encounter with Brody Brooks will lead to the fantasy I’ve always dreamed of...

I’ve wanted Jameson for as long as I can remember. Now he’s moving in next door, and I feel like it’s meant to be. But he’s my older brother’s best friend. He’d hate me if he knew the things I want to do to his best friend...

I shouldn’t be crushing on my best friend’s little sister. She’s ten years younger, only twenty-one, and way too young for me. But now that my window just so happens to be opposite her’s, how the hell am I supposed to resist?

Moving to the city is something I’ve always wanted to do. I want to make it as a business tycoon...but now I’ve met a man who wants to give me all of that and more...

I never expected to fall for the new recruit in my business. She’s peachy keen and ready for anything in the world of business...but is she ready for me?

Working as a cleaner backstage is no glamorous job, even if it is in one of the biggest venues in the city. But when the infamous, heart stopping rockstar, Clay Cooper, bumps right into me, he makes me feel like I’m the only girl in the world.

She’s half my age and all I know is that she’s a cleaner, but she’s so damn beautiful that the rest doesn’t matter. I know I’m not imagining the connection between us. I need to make her mine.

I thought I was going to be left stranded when a gas leak in my apartment building meant I had nowhere to stay, but my Dad’s sexy best friend is of course here for the rescue.

I’d never leave my best friend’s daughter stranded, especially when I want any excuse to get her alone. But if her father finds out my intentions with his daughter, there’s sure to be trouble.