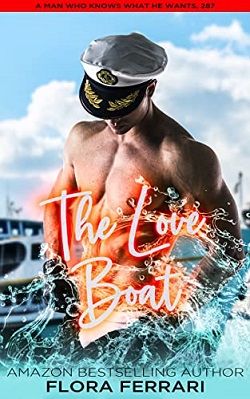 I love him but he’s more than a little overprotective after losing my mom. And in order to get him to loosen the reins, I need to meet him halfway.

The last thing I need or want is a babysitter.

When my dad tells me that his best friend will keep an eye on me during my cruise, I’m not expecting much, just some older guy following me around.

The last thing I’m expecting is for him to be the captain of the ship or the most handsome man I’ve ever seen.

For the longest time I hoped I would meet the one but it just never happened for me. Now my boat and my business are my life.

When my old friend calls asking for a favor I say sure why not. All I have to do is look out for his daughter while she’s aboard my ship.

But when I come knocking to check up on my friend's daughter, the young woman who opens the door is not what I was expecting.

I was expecting a girl, not the curvy goddess who flips my world upside down and makes my heart pound for the first time.

With just one look I know she is it for me.

She may have started as my friend’s daughter but she doesn’t belong to him anymore… because I’m going to make her mine.