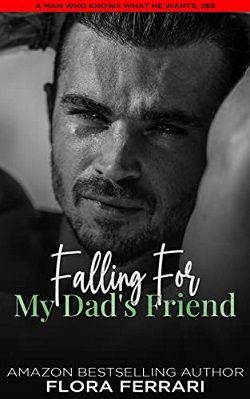 Falling For My Dad's Friend

Falling For My Dad's Friend

My dad chose his job over his wife and daughter, but now that I’m older and finished with college I want to get to know him.

When he asks me to visit him I say yes.

I expect to get to know my dad in a way I never got the chance to but I don’t expect to be offered a job as his boss’s assistant.

And I certainly don’t expect to fall for his boss.

His boss who also happens to be his best friend.

Magnus is as mysterious as he is handsome. But would an older, wealthy, and handsome man like him who could have any woman he wants want a girl like me?

I’m a virgin with no experience except with a boy who thought bringing me down was the way to treat a woman. But Magnus is no boy but a real man.

I should ignore this attraction, he’s my boss and my dad’s best friend with a mysterious job that I’m pretty sure is dangerous.

But I can’t stop thinking about him and if the heated look in his eyes is any indication I don’t think my feelings are unrequited.