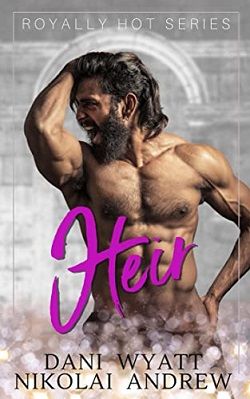 My family had wealth beyond measure. We were feared. Respected throughout the land.

So, my brother will marry a princess, paper though she may be, the issue of her willingness never a concern. The whole charade repulsed me.

Until I met her.

Valeria…delicate, yet able to bring a man to his knees with a choke hold no one would see coming. Behind those emerald eyes and honey-colored hair, she has the heart of a hellcat.

She is the pawn in a deal that forgives a heavy debt. A debt that, if left unpaid, will destroy everything she loves. I’m her only hope. And she’s mine. Until the blade of a knife separates us.

Readers: The fourth standalone book in the Fated Royals series is here! This princess is no pushover but she’s met her match in the brother of her fiancé. It’s tactical seduction with a side of knife play in this safe, no cheating ever, fantasy historical romp from Dani Wyatt & Nikolai Andrew.