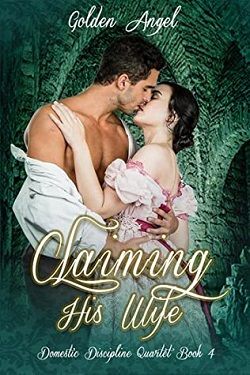 Alex has made a lot of mistakes, but he is determined to reconcile with his estranged wife, Grace. He's willing to put their past problems where he thinks they belong - in the past - but insults and disrespect will be met with discipline. He's seen the marriages his friends have, and decided to take a page from their books. Unfortunately for him, Grace is not so willing to let go of past hurts, although she has no choice but to go with him when he basically kidnaps her and takes her to Bath. At least her friends are there for moral support, while she does her best to discover exactly why her husband is so intent on reconciliation rather than divorce.

Hugh and Irene are blissfully happy, having declared their love for each other, but they seem to be the only ones. Eleanor is pregnant and worried that her condition will mean the end of overt affection and desire from her husband - especially as he hasn't declared any kind of finer feelings for her. She thinks Edwin doesn't realize she's with child, and worries over how to prod a declaration of love from him. Meanwhile, everyone is gathered in Bath for Wesley's wedding to the brazen and rebellious Cynthia.

When these four women get together, it's no wonder that both trouble and bright red bottoms loom on the horizon. Each of their husbands is bound and determined to claim and tame his willful wife.