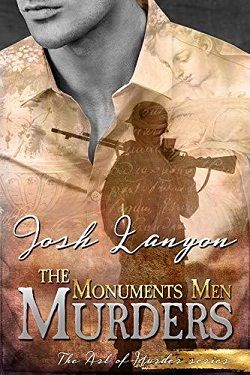 The Monuments Men Murders (The Art of Murder 4)

Series: The Art of Murder

The Monuments Men Murders (The Art of Murder 4)

Despite having attracted the attention of a dangerous stalker, Special Agent Jason West is doing his best to keep his mind on his job and off his own troubles.

But his latest case implicates one of the original Monuments Men in the theft and perhaps destruction of part of the world's cultural heritage--a lost painting by Vermeer. Naval Reserve Lieutenant Commander Emerson Harley wasn't just a World War 2 hero, he was the grandfather Jason grew up idolizing. In fact, Grandpa Harley was a large part of what inspired Jason to join the FBI's Art Crime Team.

Learning that his legendary grandfather might have turned a blind eye to American GIs "liberating" priceless art treasures at the end of the war is more than disturbing. It's devastating.

Jason is determined to clear his grandfather's name, even if that means breaking a few rules and regulations himself--putting him on a collision course with romantic partner BAU Chief Sam Kennedy.

Meanwhile, someone in the shadows is biding his time...