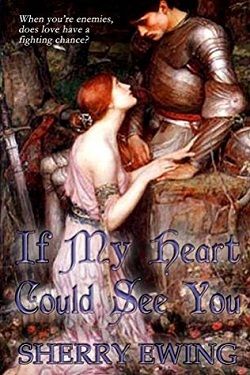 If My Heart Could See You (The MacLarens 1)

If My Heart Could See You (The MacLarens 1)

A lady hiding her identity. A knight who conquered her land. When you’re enemies, does love have a fighting chance?

For Amiria of Berwyck, defeat does not come easily as she watches her home and clan being ripped asunder. When the very enemy who has laid siege to her home demands her fealty, she will do whatever it takes to protect her people including a hastily concocted ruse that quickly begins to unravel. All too soon, she starts to question whether she can forgive herself for betraying those she has sworn to protect.

Dristan of Blackmore, champion knight of King Henry II, has a reputation to uphold as the Devil’s Dragon. After his invading army conquers Berwyck castle, he sets out to manage the newly claimed estate by training its knight in the art of proper defense. At first, everything appears as it should be, or is it? Betrayed by those he believed he could trust, he must first set aside his anger before he can make room in his heart for love.

Together they are tied by an unspoken bond. As they begin to rebuild the land and unite their people, forces beyond their control attempt to tear apart their fragile truce and only time will tell if love will forever bring them together.

How To Handle Negative Attitude In The Workplace
Different Types of Workplace Harassment
The Battle of Marathon [490 BC]
How to Prepare for a Job Interview
Ads by AloneReaders.com