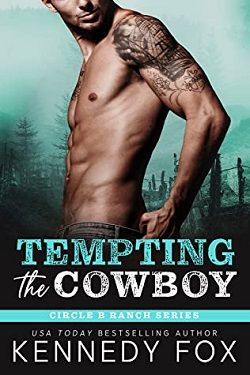 Tempting the Cowboy (Circle B Ranch 8)

Tempting the Cowboy (Circle B Ranch 8)

Kane Bishop’s content with living and working on the ranch, but something is missing—a family of his own. After his twin brother married the woman he once loved, Kane has moved on and is now focusing on new things. When his best friend’s little sister re-enters his life, the attraction is undeniable, but the timing is all wrong.

He should keep his distance and not tempt fate, but he can’t get her out of his head.

Ivy’s had a secret crush on Kane for as long as she can remember. Although she’s an introverted bookworm who hasn’t dated much, she’s ready to go after him. He might be a six-foot-three, inked, muscular god who’s out of her league, but she wants him to be her first and only.

She’ll risk it all to get his attention, but it won’t be easy since he’s off-limits.

Giving in to temptation doesn’t come without consequences—it’ll either bring them together or tear them apart.

How To Handle Negative Attitude In The Workplace
Different Types of Workplace Harassment
The Battle of Marathon [490 BC]
How to Prepare for a Job Interview
Ads by AloneReaders.com