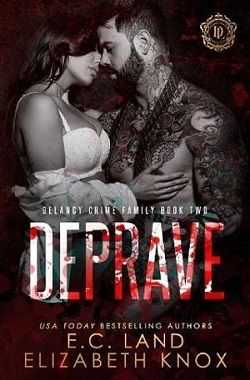 If I don't marry him there's no doubt a war will ensue.

My brother crossed the line. He wanted an allegiance and in accepting it, he's promised me to a man. While he isn't a stranger, this isn't something I've wanted. I craved a normal life and now I'm just like every other mafia princess.

I've been resenting my brother and why shouldn't I? He did the one thing he promised he'd never do.

But maybe this won't be the end of the world. It's the one thing I keep telling myself. I know if I don't do this, our family will be in danger. I have no choice, though I'm hopeful this could be the greatest love story of my life, even if the man I'm marrying has more secrets than I know. He terrifies me, but I need to have faith, and more than that--I must keep my family safe.