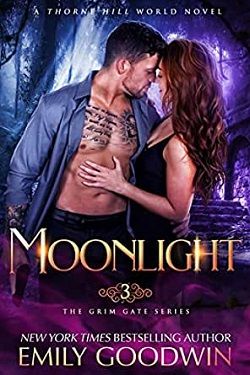 There are few things in life can haunt you like the past.

But this time it’s not just my own past coming back to bite us. Born and raised into the Order of the Mystic Realm, Ethan is expected to abide by their code…and is forbidden to have a relationship with a witch. I never thought the people who hunt demons would scare me more than the monsters themselves, and I won’t sit down quietly when anyone—or anything—is threatening the man that I love.

Though when more than one hunter goes missing, the Order is quick to blame the disappearances on witches, specifically me. If Ethan and I can’t find the thing that’s really behind this, a war between my coven and the hunters will break out. We both know that the witches would defeat the hunters in battle, but they wouldn’t necessarily win the war.

Because a fight of that size risks exposing us to the rest of the world, sparking another nation-wide witch hunt. And then we will be persecuted—again.