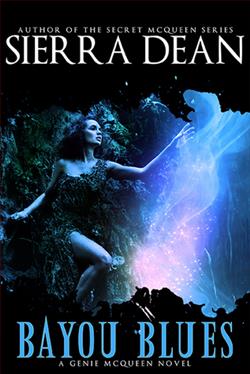 When your sister has saved the world, you have a lot to live up to.

Genie McQueen thought she’d seen it all after helping her big sister Secret stop the Apocalypse. The dead walked, New York City burned, and things nearly went to hell in a hand basket. After it was all over, the world knew about vampires and werewolves, and Genie’s life would never be the same.

But now, three years later, someone doesn’t want werewolves or any supernatural creatures to live alongside humans. A new anti-werewolf church with a charismatic leader and a cult-like following has declared open season on Genie’s whole species. When a member of her pack is kidnapped, she decides it’s time to stop going with the flow and to step up and fight for her people.

Tagging along for the ride is a handsome troublemaker, Wilder Shaw, a pack outsider who just wants to save his brother, but will leave Genie’s head spinning in the process.

Equally troubling are the ghosts of her past she can’t quite shake, the nightmarish figures who haunt her even when she’s wide awake, and a dark magic inside her she hasn’t yet learned to tame.

Things are about to get messy in the bayou.