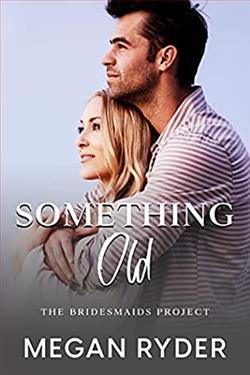 Three Bridesmaids. Three lost loves. One matchmaking bride. With just a week before the wedding, can a bride-to-be reunite her bridesmaids with the ones who got away?

Delaney Winters—five years ago she was a socialite and engaged to the love of her life. Then her life fell apart when her father was arrested for a ponzi scheme that destroyed the lives of her friends and her fiancé. In a vain attempt to save them all, she chose exile, ripping apart their friendship and her engagement.

Ethan Van Owen—scion of a wealthy investment banking family. He was once on top of the world until his fiancée destroyed it. Forced into exile for a crime he didn’t commit, he always wondered if their love was real or if she used him like her father used everyone.

Now, reunited for a destination wedding by a matchmaking, but well-meaning, bride, they’ll confront their past, facing their demons to see if they have a future together or if it was irreparably damaged by anger and fear.