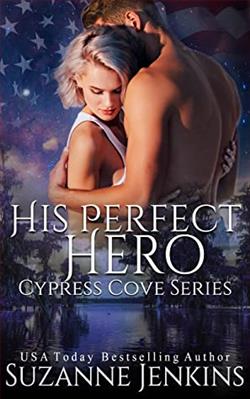 Luke Esprit, single and thirty something, isn’t looking for Miss Right. But a chance encounter at Bayou Cottage while working on Justin Chastain’s barn introduces him to Navy Nurse Corps Lieutenant, Bridget Benoit. She has to report for deployment to Afghanistan in two weeks, so they spend the time in relative bliss until having to say goodbye. She has no intentions of seeing him again; it was great sex and companionship, but that was it.

But while she’s overseas, Bridget discovers she’s pregnant. She returns to Cypress Cove to tell Luke he's going to be a daddy before returning to complete the deployment and places the baby in his care..

Luke and Baby Emily thrive together when he tries to make the decision he doesn’t need a woman to complete the family. But the universe has other ideas.