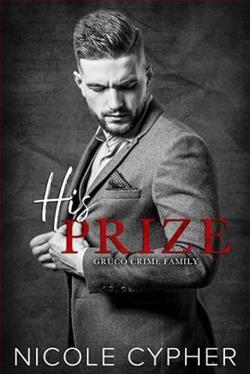 He won me in a poker game.

It wasn’t my fiancé’s place to bet me, but what do you expect from a man who’s being forced to marry you? Imagine my surprise when the man I met at a chance encounter, the same one I later learned was the don of the Italian mafia, is the one who claims me as his prize. As the daughter of a Russian member of the bratva, I’m supposed to be a peace offering for the Italians. But the don seems to have no idea about it. Settimo Gruco is rumored to be as sinister as he is dangerous, and I’m told if he learns who I am, he’ll kill me. But in a world full of criminals, he becomes the one I trust the most.

I won her in a poker game.

All I wanted was another night with the beautiful girl I met on one of the darkest days of my life, and her fianceé was stupid enough to give it to me. I tell myself Alex is just another girl, but she’s becoming an addiction, and I can’t seem to curb my craving. When I find out her connection to my greatest rival, I’m forced to weigh the benefits of keeping her alive. Despite where she comes from, I trust her. If my gut instinct is right, by the end of the war with the bratva she’ll be my biggest ally… if they don’t kill her first.

Tempers are rising, with threats closing in from all sides. In an escalating war, can two opponents join forces? Or is blood truly thicker than water?