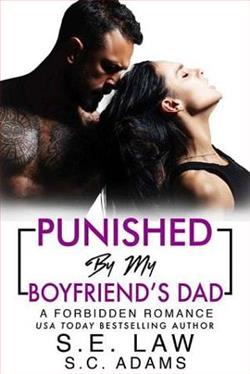 My boyfriend’s even more devious than I thought. He SOLD me to his father, who’s a gorgeous, brutal, scary crime lord who wants to punish me for my sins.

Taylor: I was fired by Club Z after stealing silver candlesticks from the club. It’s wrong, I know, especially since I made off with the candlesticks by inserting them into my two secret spaces. (Oooh, that felt good!) But now, the Club’s going to banish me to some godforsaken gulag in the middle of nowhere, and I’m not going. Absolutely not. As a result, my boyfriend says I can hide-out in his dad’s mansion to stay low for a while … but little did I know that candlesticks can also be used as punishment!

Roman: My son’s girlfriend thinks I’m letting her live with me out of the goodness of my heart. Guess again, sweetheart. Instead, my sniveling, weak-ass son SOLD the curvy girl to me, for a pretty penny too. So yeah, the candlesticks are coming out to play because I want to see what my new houseguest can do … as Taylor bounces those pretty curves up and down until she’s pregnant with my baby!