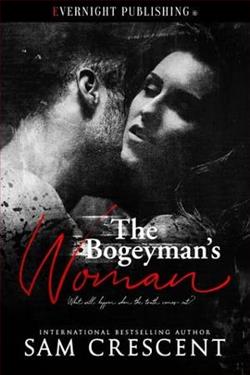 Ruin needs to kill a woman.
A beautiful woman with blue eyes and raven hair.
And he has no idea why.

He is the one they call when they need to clean up a mess. He's the bogeyman.
But Callie Lawson is one target he doesn’t think he can handle. Why would a mafia capo want her dead? She's a woman who has nothing and no one—a mundane existence that involves knitting. That's all. He has to find everything out about her. He can't get Callie out of his mind. And he can’t kill her.

Before losing her parents years ago, Callie promised her mother she would try to live her life. For the longest time she avoided it all, but not anymore. When a mysterious man sits with her and asks for her help knitting, Callie is struck by the handsome stranger.

Callie has never fallen in love but when it comes to Ruin, he makes her feel everything. He makes her want to live.
What will happen when the truth comes out? Will Ruin be able to save Callie from the monsters, or will he end up being the one to kill her?